250 Best Movies of All Time Map

Take a look at this cool subway map Vodkaster made which includes several Miramax films! 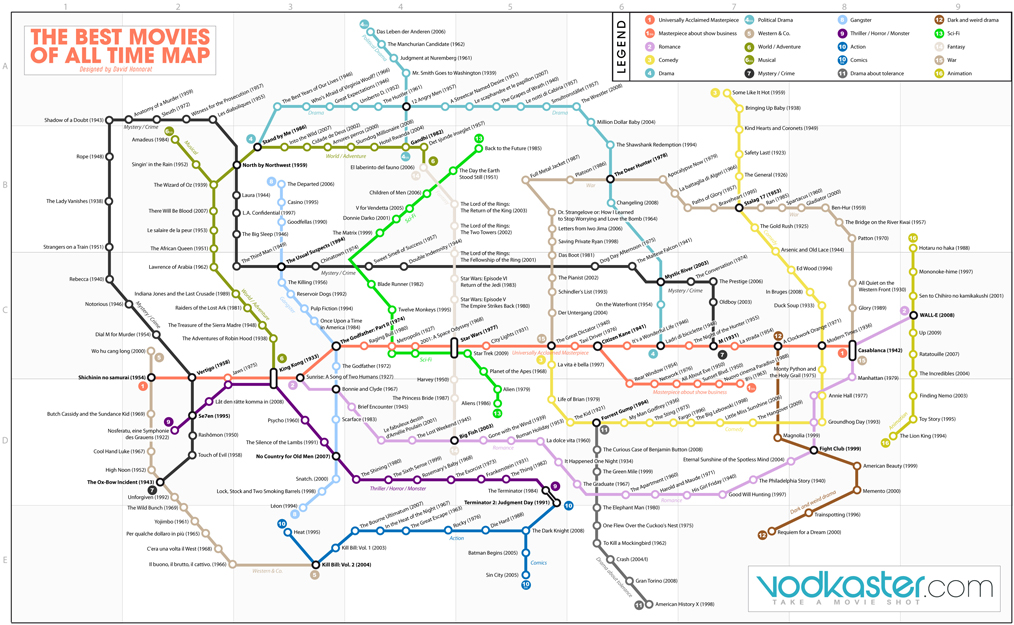 Click the image above to view the full size map.

Vodkaster made this cool subway map of 250 of the best films according to IMDb and we broke it down to share where our films fell into place. Enjoy!

Pulp Fiction is on a Gangster road between Crime/Mystery and Masterpiece. 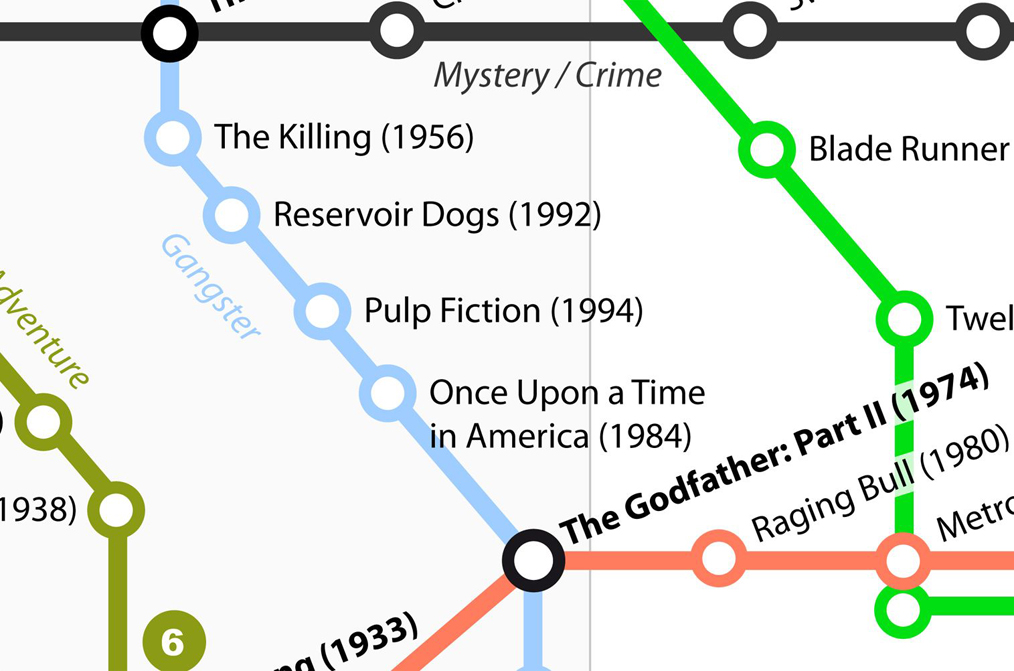 Kill Bill is on the stop after The Bourne Ultimatum on the action train. Kill Bill: Volume 2 lies at the intersection of Western & Co. and Action. 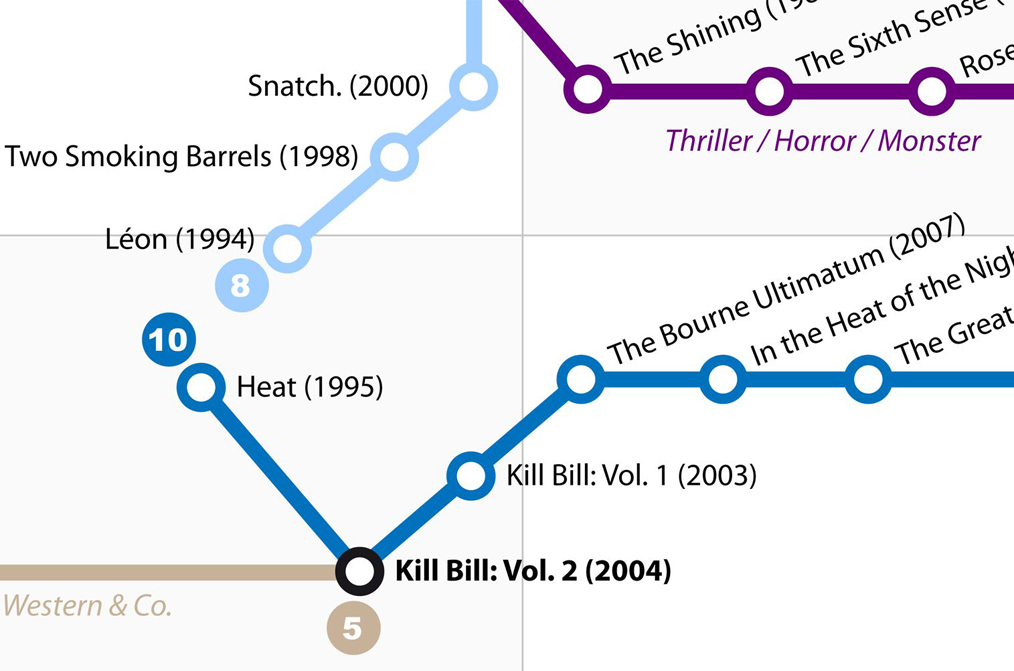 There Will Be Blood lies on the Adventure line between The Wages of Fear and The Wizard of Oz. 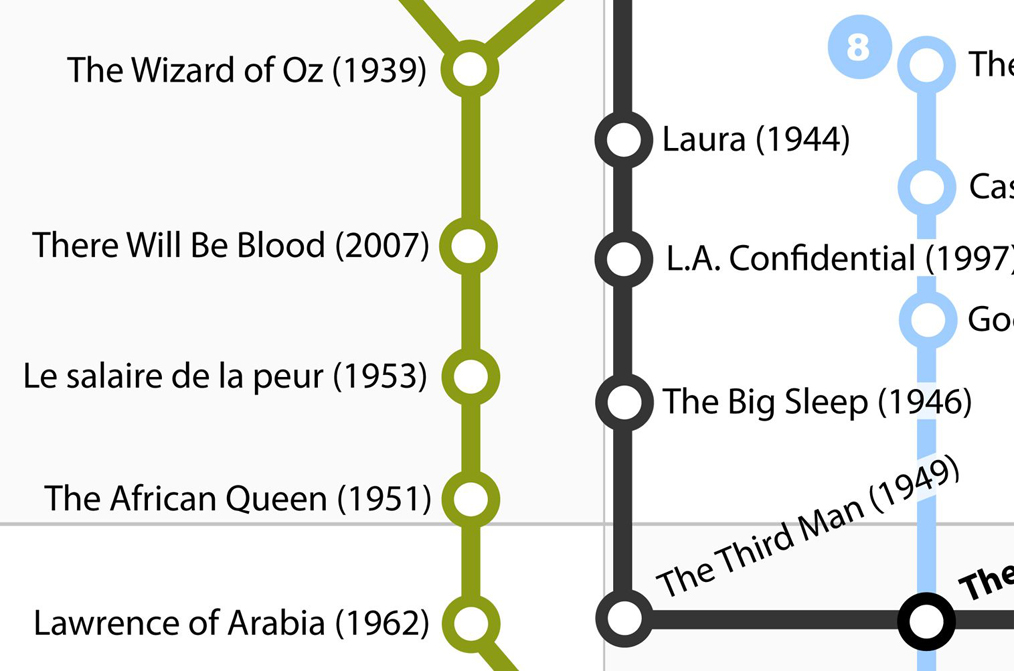 Sin City is one of the first of its kind. 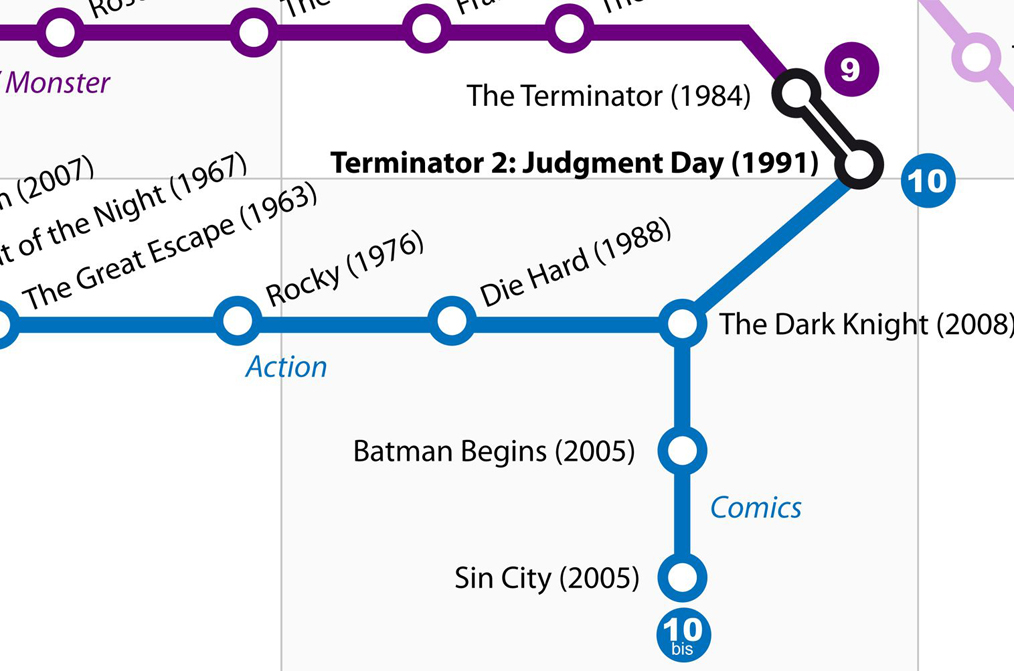 No Country For Old Men lies at the intersection of Thriller/Horror/Monster and Gangster. 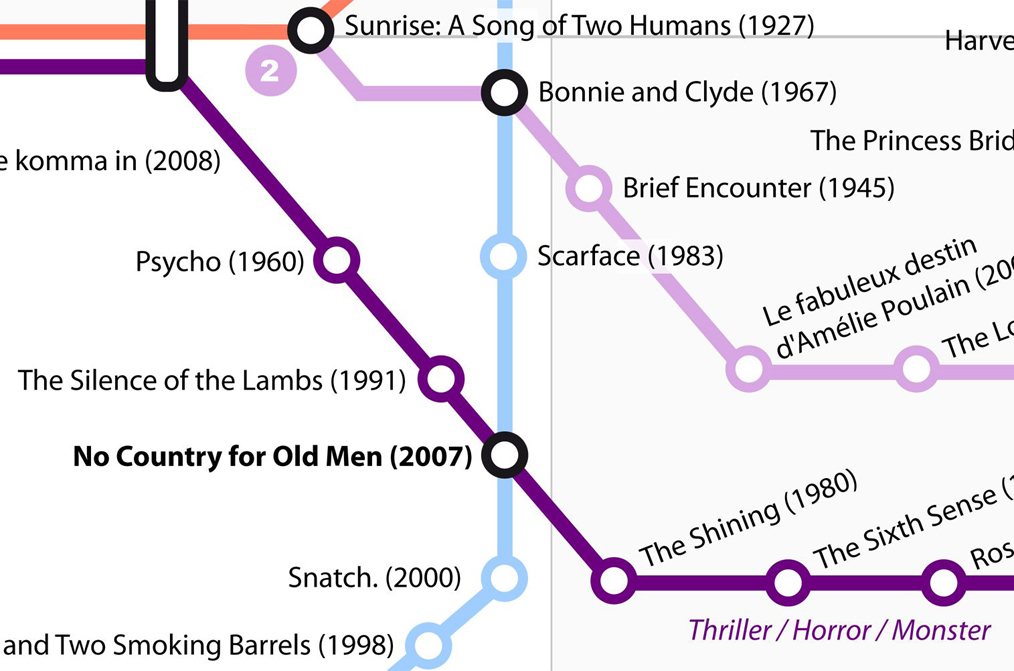 Trainspotting lies on the road between Requiem for a Dream and Momento. Makes some sense doesn't it? 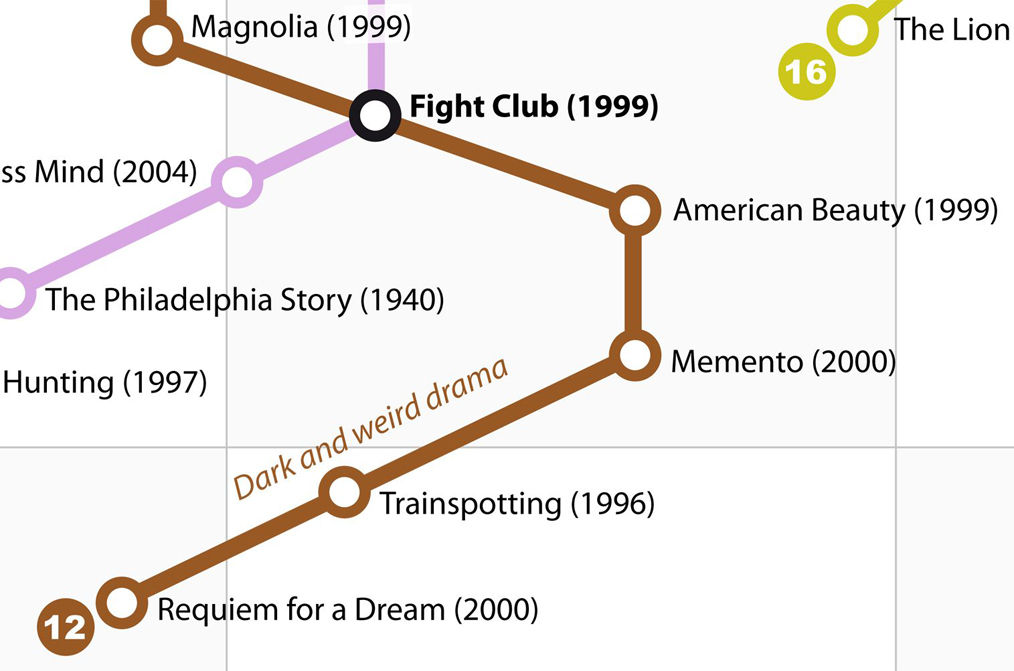 Good Will Hunting is on the Romance line between His Girl Friday and The Philadelphia Story. 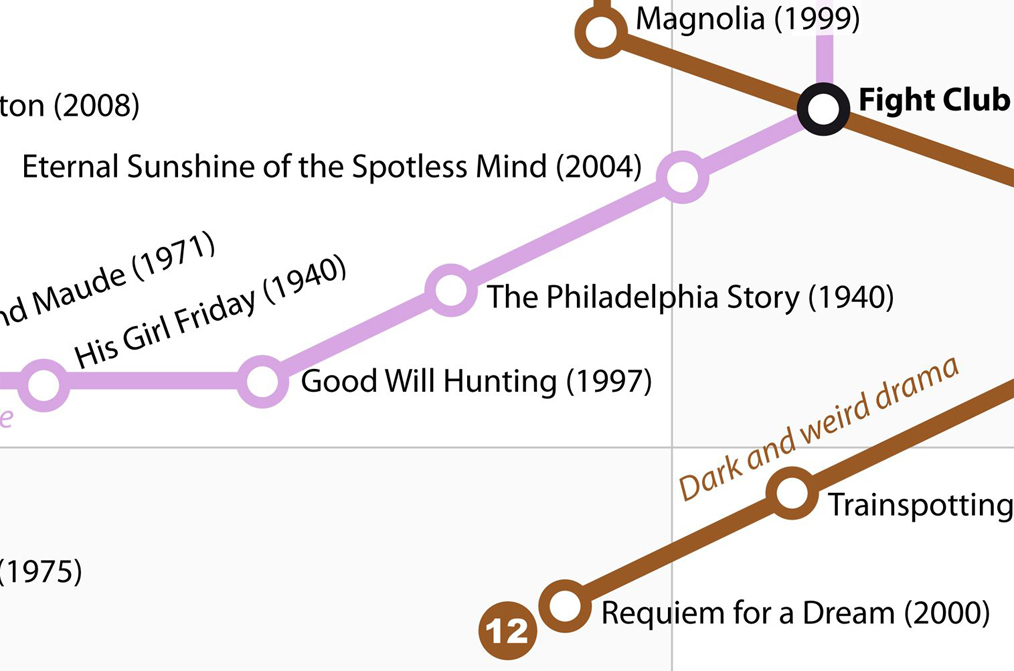