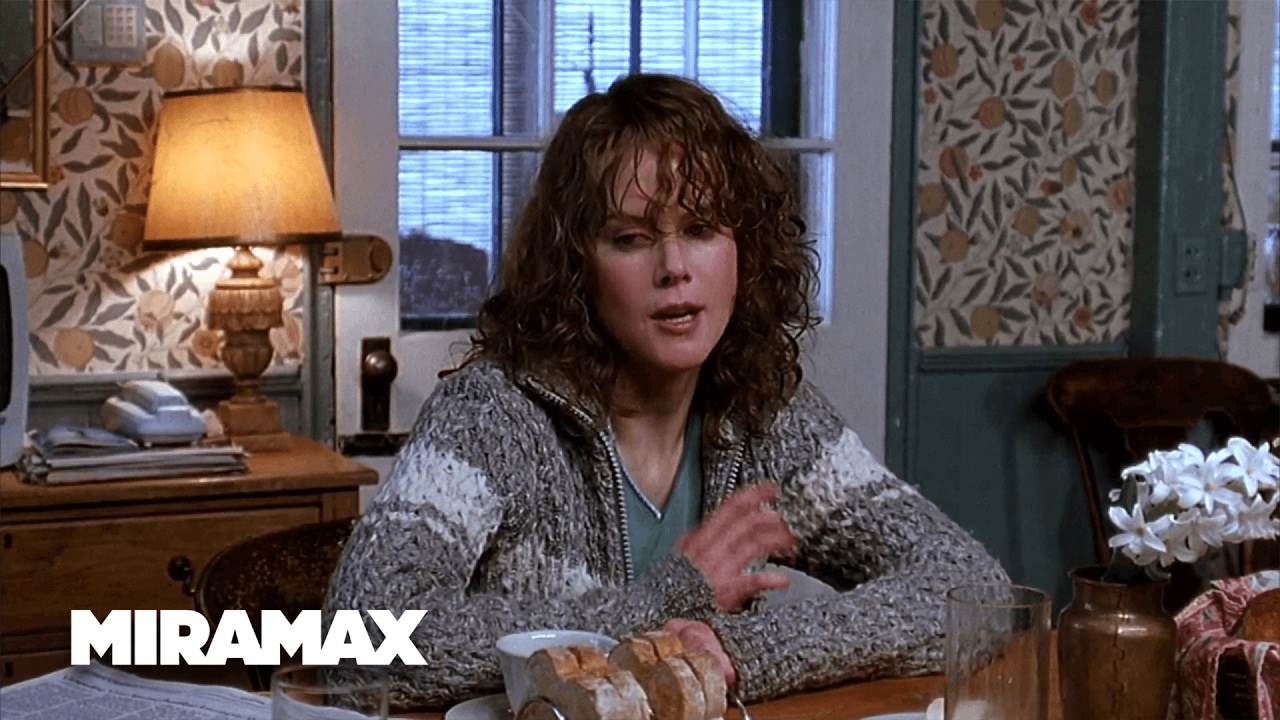 The Human Stain - A Big Deal 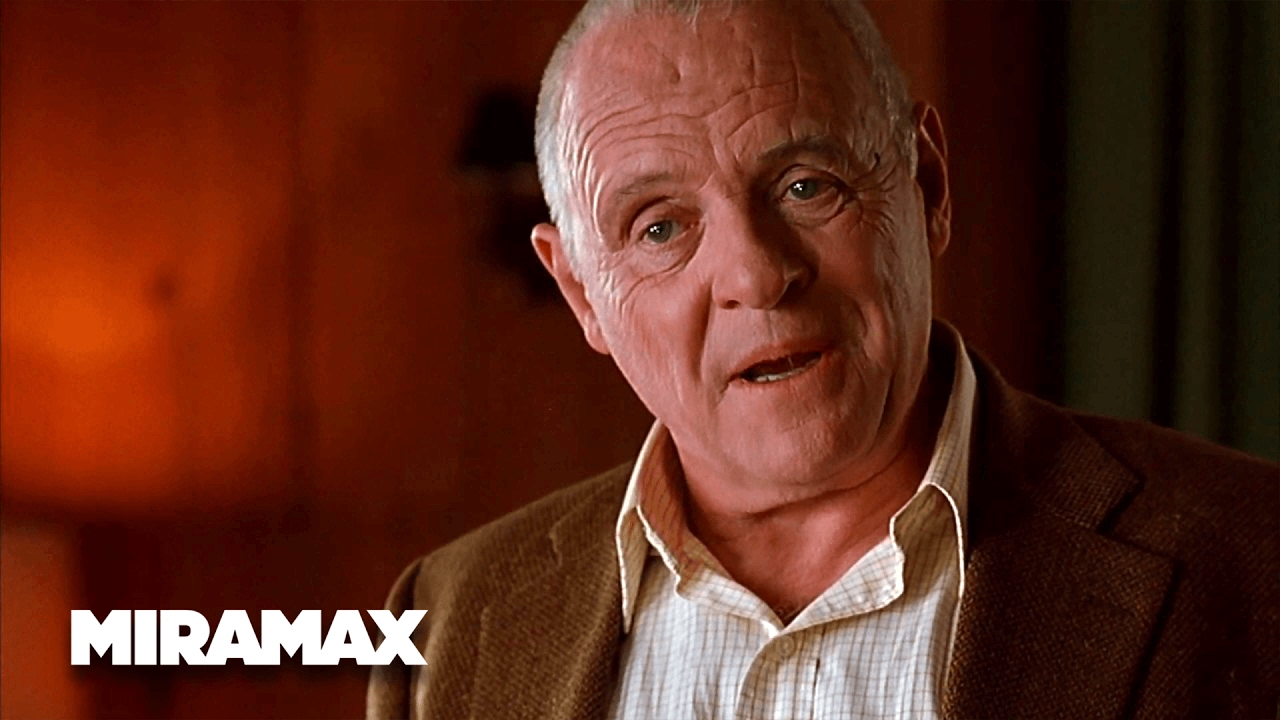 Nathan tries to talk some sense into Coleman regarding his relationship with Faunia and her ex Lester. In this scene: Coleman Silk (Anthony Hopkins), Nathan Zuckerman (Gary Sinise) 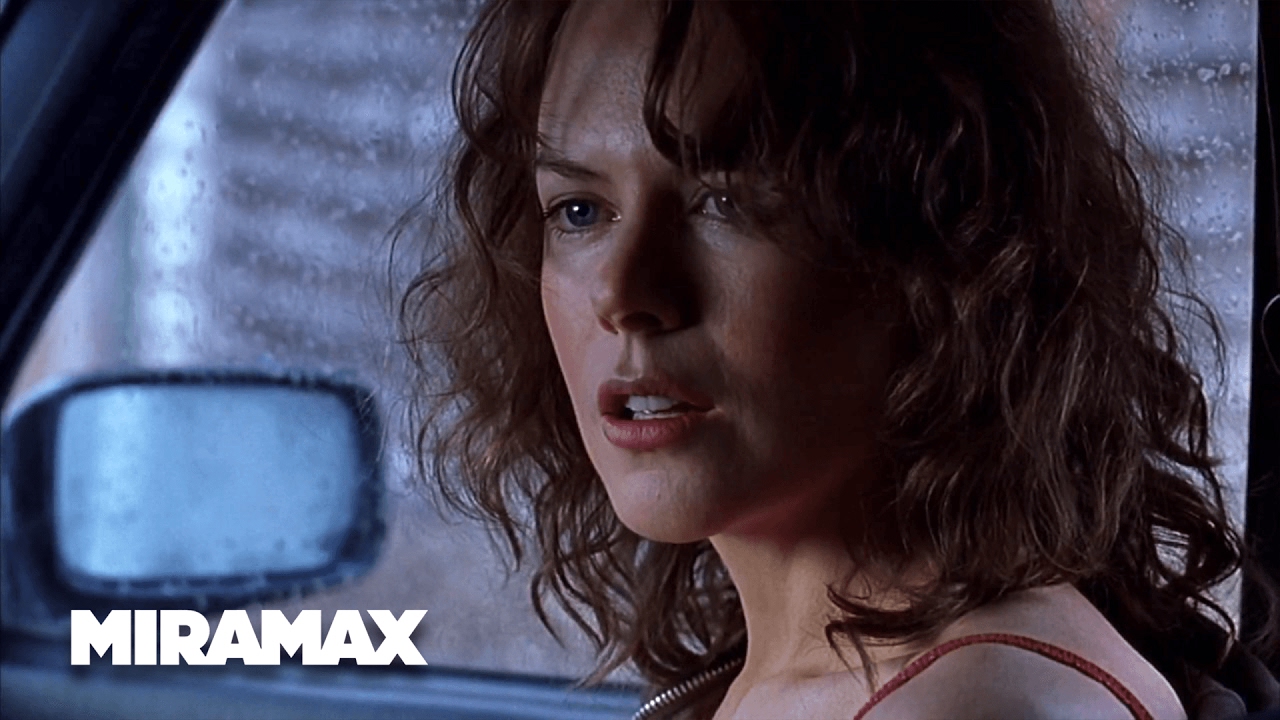 The Human Stain - A Ride

When Coleman finds Faunia stranded on the side of the road, he offers to give her a ride home. In this scene: Coleman Silk (Anthony Hopkins), Faunia Farley (Nicole Kidman) 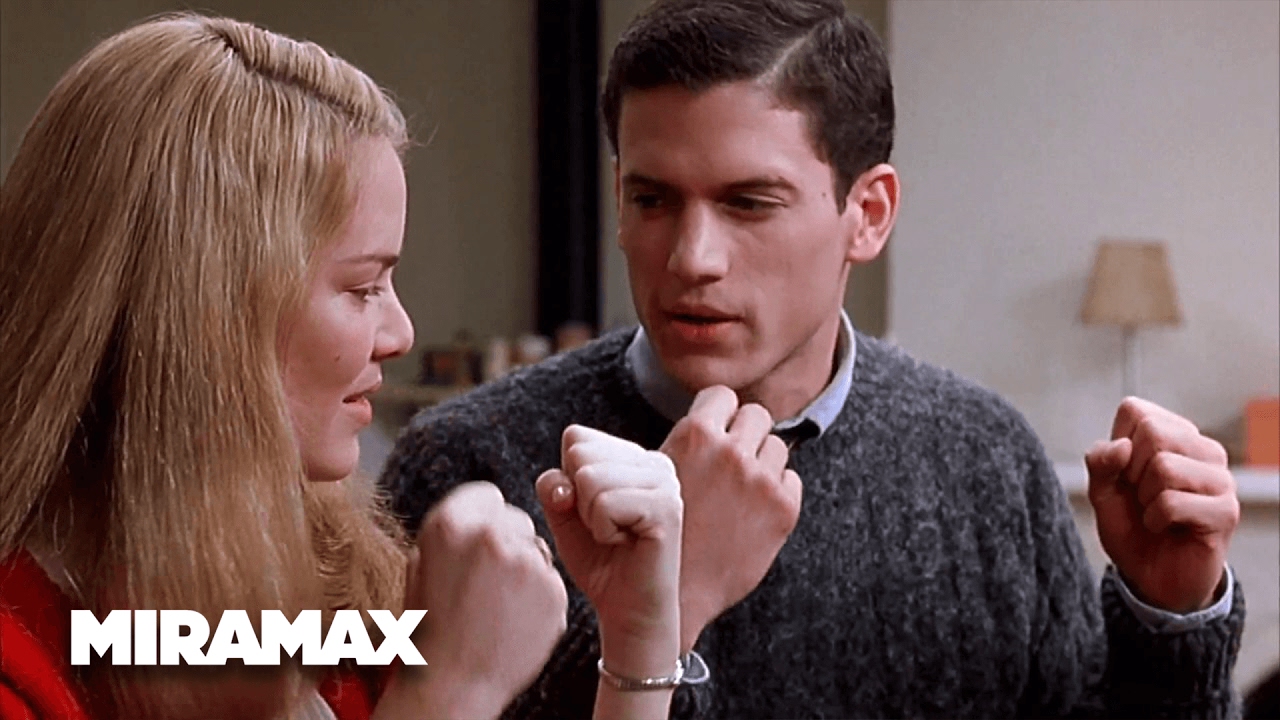 The Human Stain - Tender Is The Night 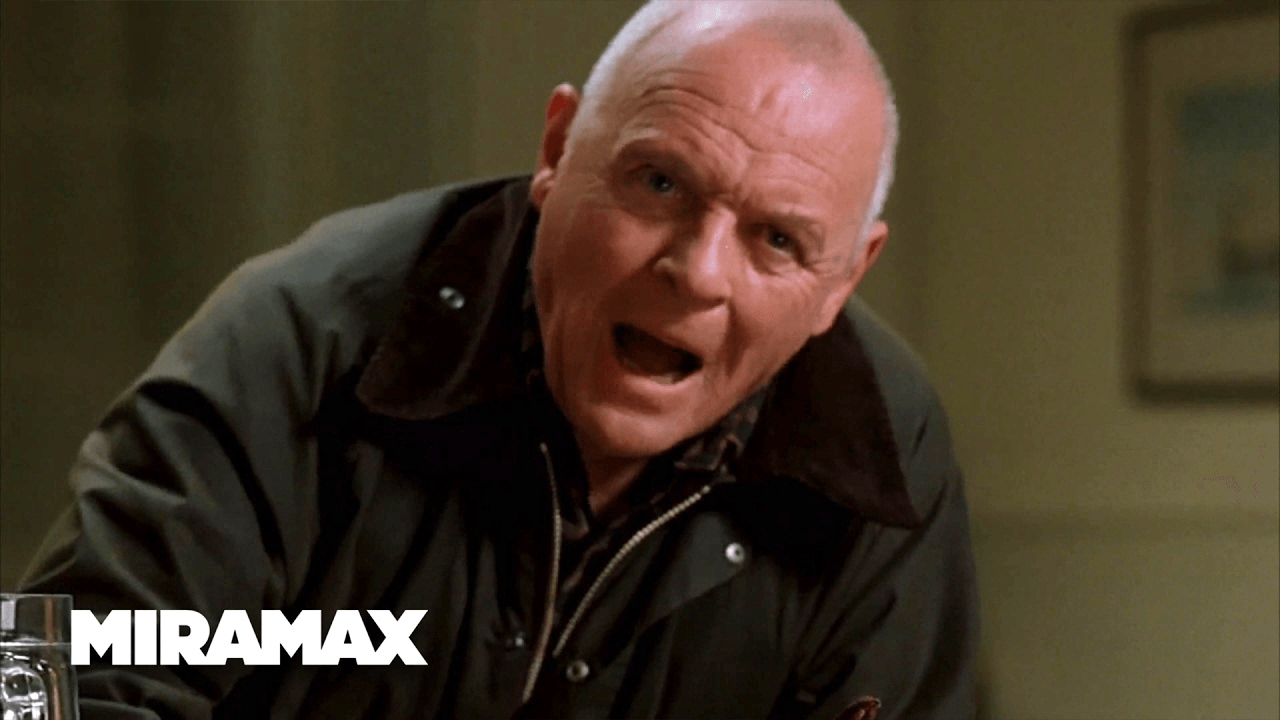 Though they've never met, Coleman shows up at writer Nathan Zuckerman's house with a story he wants him to write. In this scene: Nathan Zuckerman (Gary Sinise), Coleman Silk (Anthony Hopkins) 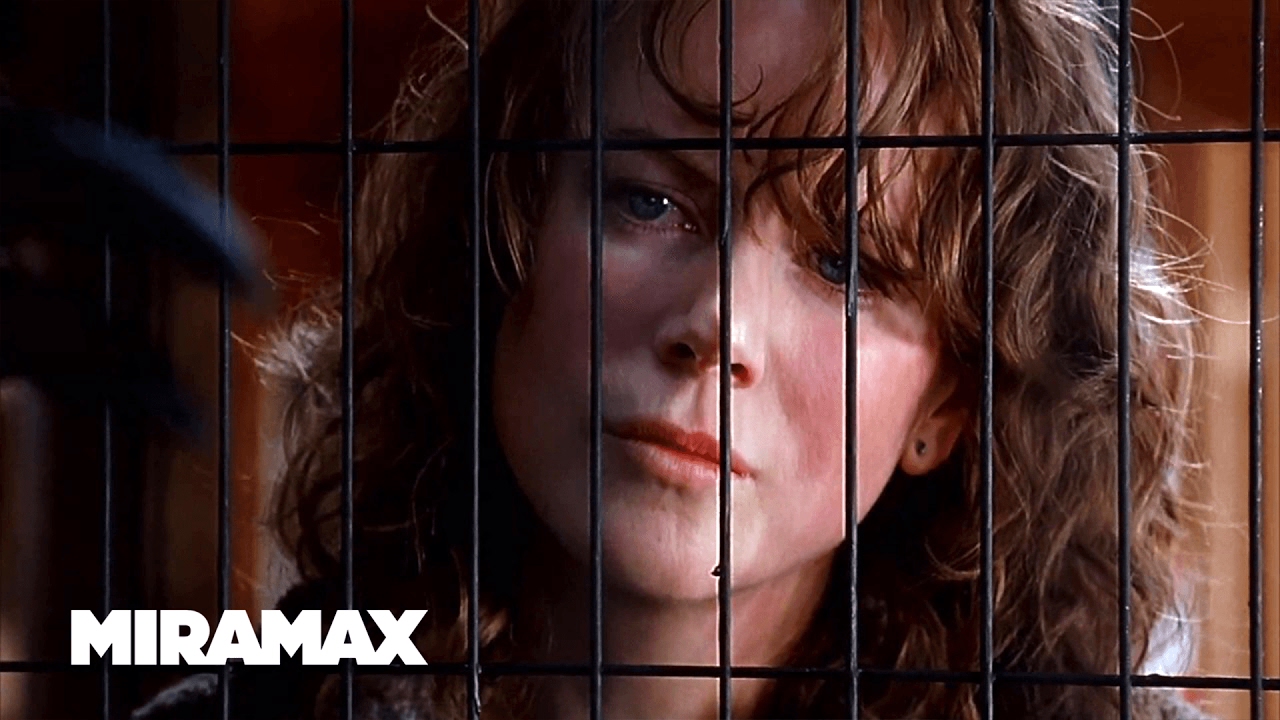 The Human Stain - The Crow

As Faunia's mental health deteriorates, she confides in her favorite bird: a black crow. In this scene: Faunia Farley (Nicole Kidman) 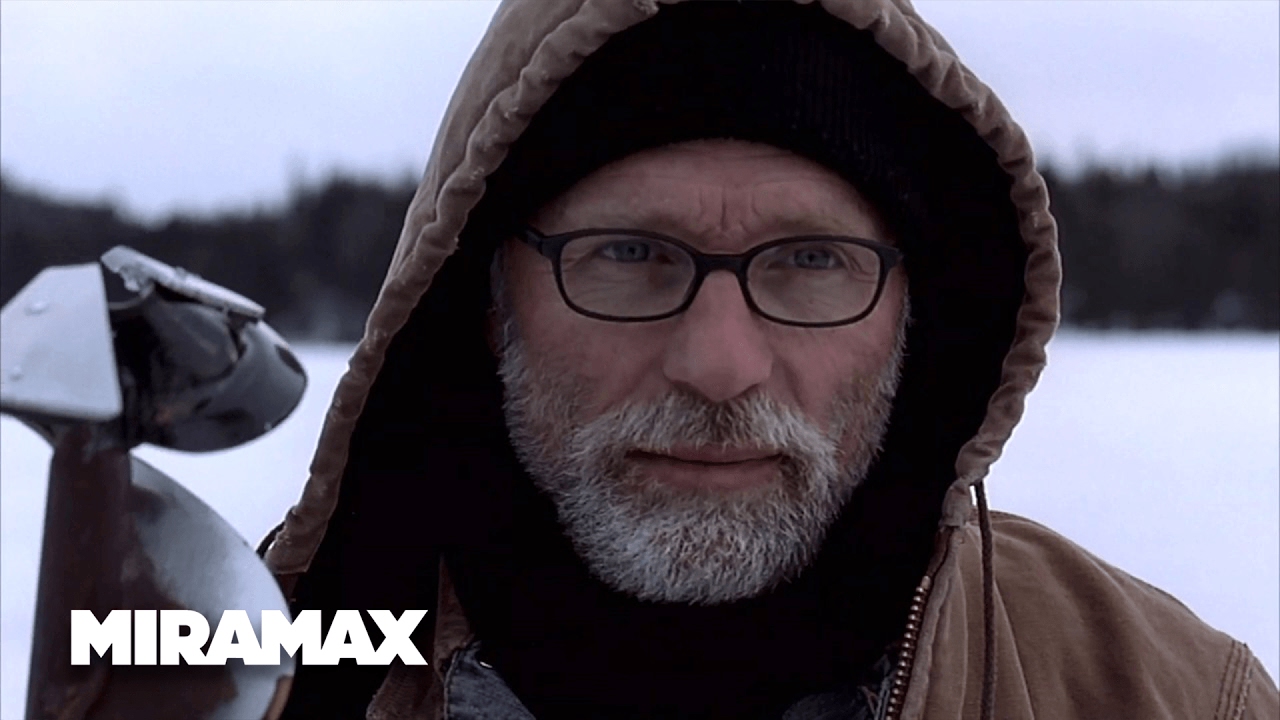 It's Nathan's turn to interview Zuckerman about Coleman, leaving Nathan with some sense of closure. In this scene: Nathan Zuckerman (Gary Sinise), Lester Farley (Ed Harris) 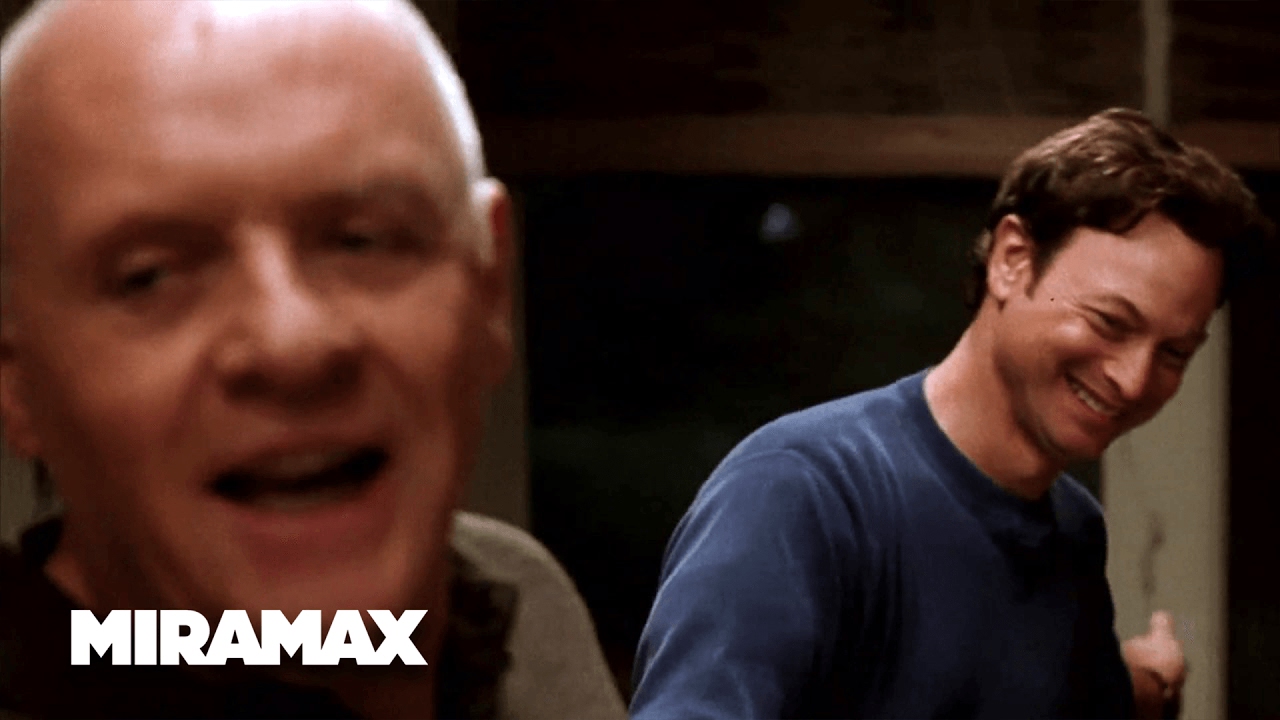 The Human Stain - Cheek to Cheek

Coleman and Nathan get to know each other over a classic tune. In this scene: Coleman Silk (Anthony Hopkins), Nathan Zuckerman (Gary Sinise) 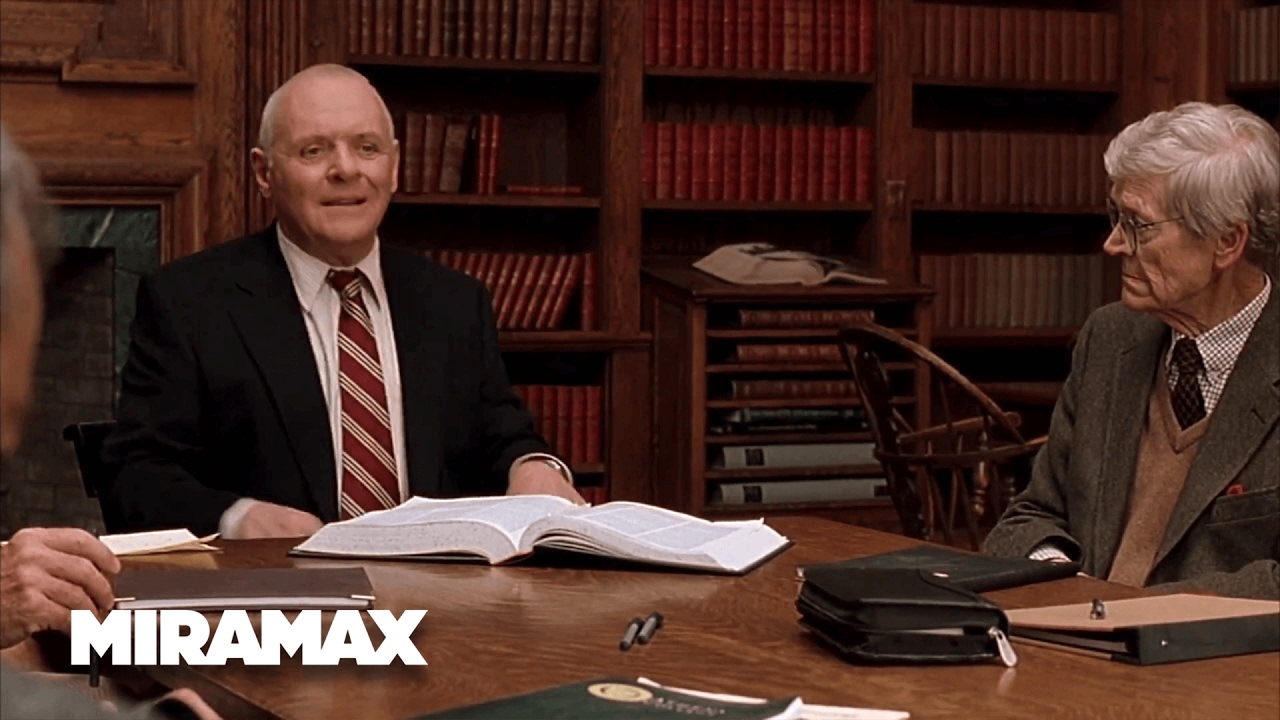 Professor Silk's unfortunate word usage in class lands him in hot water with the school's brass. In this scene: Coleman Silk (Anthony Hopkins)

The Others - Official Trailer (HD)

While awaiting her husband's return from war, Grace and her two young children live an unusually isolated existence behind the locked doors and drawn curtains of a secluded island mansion. When three mysterious servants arrive, it becomes frighteningly clear that there is far more to this house than meets the eye. In order to discover the truth, Grace must abandon all of her fears and beliefs and enter the otherworldly heart of the supernatural. Starring, in alphabetical order: Alakina Mann, Christopher Eccleston, Fionnula Flanagan, James Bentley, Nicole Kidman

The Others - I See Them Too

With their father home, but far from happy, the children can't help but to dwell on the presence of their other house guests. In this scene: Grace (Nicole Kidman), Mrs. Mills (Fionnula Flanagan), Charles (Christopher Eccleston), Anne (Alakina Mann), Nicholas (James Bentley)

The Others - It Was Victor

When Grace hears crying, she runs to her children's aid, only to discover, the tears aren't coming from them. In this scene: Grace (Nicole Kidman), Anne (Alakina Mann), Nicholas (James Bentley)

The Others - Don't You Believe It?

The Others - Do You Remember?

As her husband tries to head back to the front line, Grace pleads with him not to leave her alone, and trapped, again. In this scene: Grace (Nicole Kidman), Charles (Christopher Eccleston), Nicholas (James Bentley), Anne (Alakina Mann)

The Others - The Junk Room

The Others - Get Off My Bed

While in bed, Nicholas gets upset when Grace takes her prank of talking to Victor too far. In this scene: Nicholas (James Bentley), Anne (Alakina Mann), Grace (Nicole Kidman), Mrs. Mills (Fionnula Flanagan)

The Others - There Isn't Always An Answer

After a close encounter in the music room, Grace is forced to "believe", even though she is far from ready to. In this scene: Grace (Nicole Kidman), Mrs. Mills (Fionnula Flanagan)

The Others - The Curtains

Someone has taken down the curtains, and when Grace reacts hysterically, the servants decide they've "reached the end of their tether." In this scene: Grace (Nicole Kidman), Mrs. Mills (Fionnula Flanagan), Mr. Tuttle (Eric Sykes) 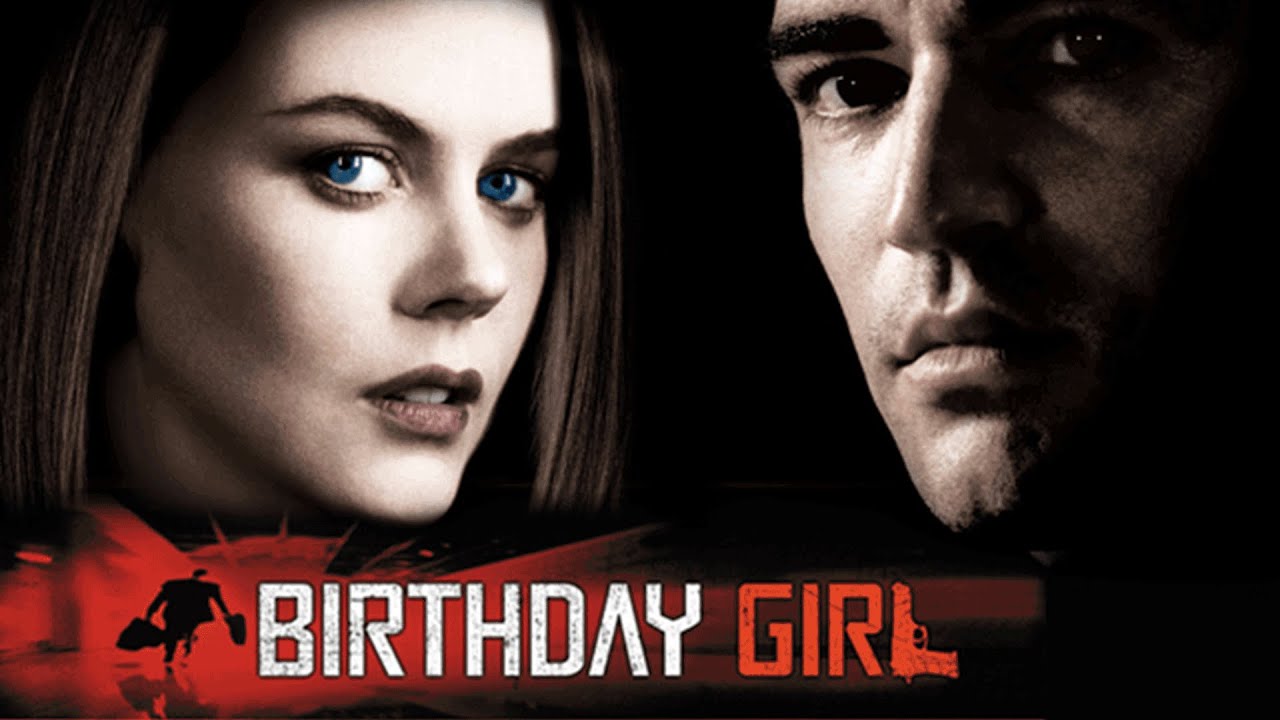 lonely, introverted bank clerk sends away for a Russian mail-order bride and winds up with a glamorous glasnost sweetheart at his beck and call. But it seems this Eastern Bloc beauty also comes with a shady past and some even shadier friends. Birthday Girl is a cautionary fable that warns: When you purchase a life partner, be sure to get a warranty. 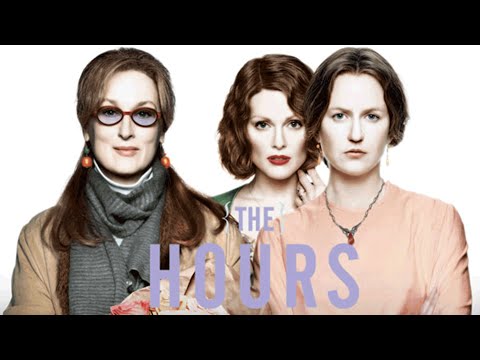 The Hours chronicles a day in the life of three women, separated by a span of nearly 80 years, who find themselves weathering similar crises, all linked by a single work of literature. Virginia Woolf lives in a suburb of London in the 1920s as she struggles to begin writing her first great novel, Mrs. Dalloway. Laura Brown, a young wife and mother in post-World War II Los Angeles, is reading Mrs. Dalloway, and is so deeply affected by it that she begins to question the life she has chosen for herself. Finally, Clarissa Vaughan is a modern-day Mrs. Dalloway in contemporary New York, planning a party for her friend and former lover who is slowly losing his fight with AIDS. Starring, in alphabetical order: Allison Janney, Claire Danes, Ed Harris, Jeff Daniels, John C. Reilly, Julianne Moore, Meryl Streep, Miranda Richardson, Nicole Kidman, Stephen Dillane, Toni Collette 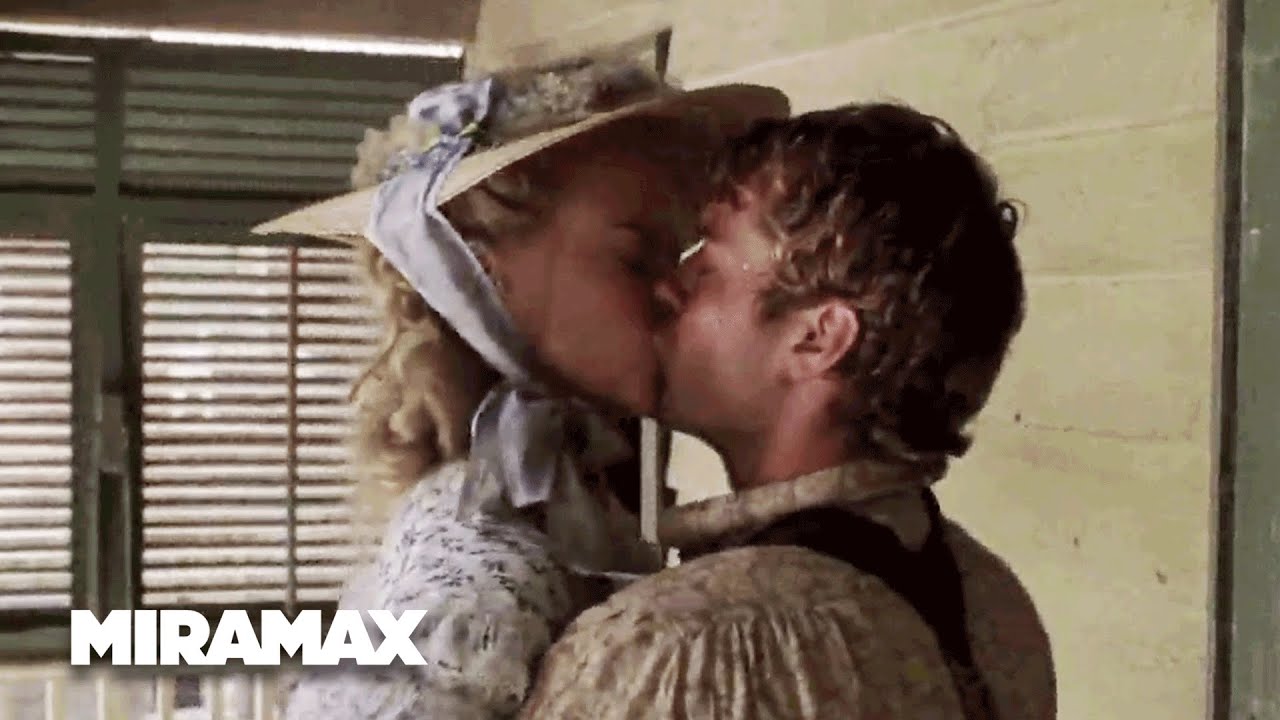 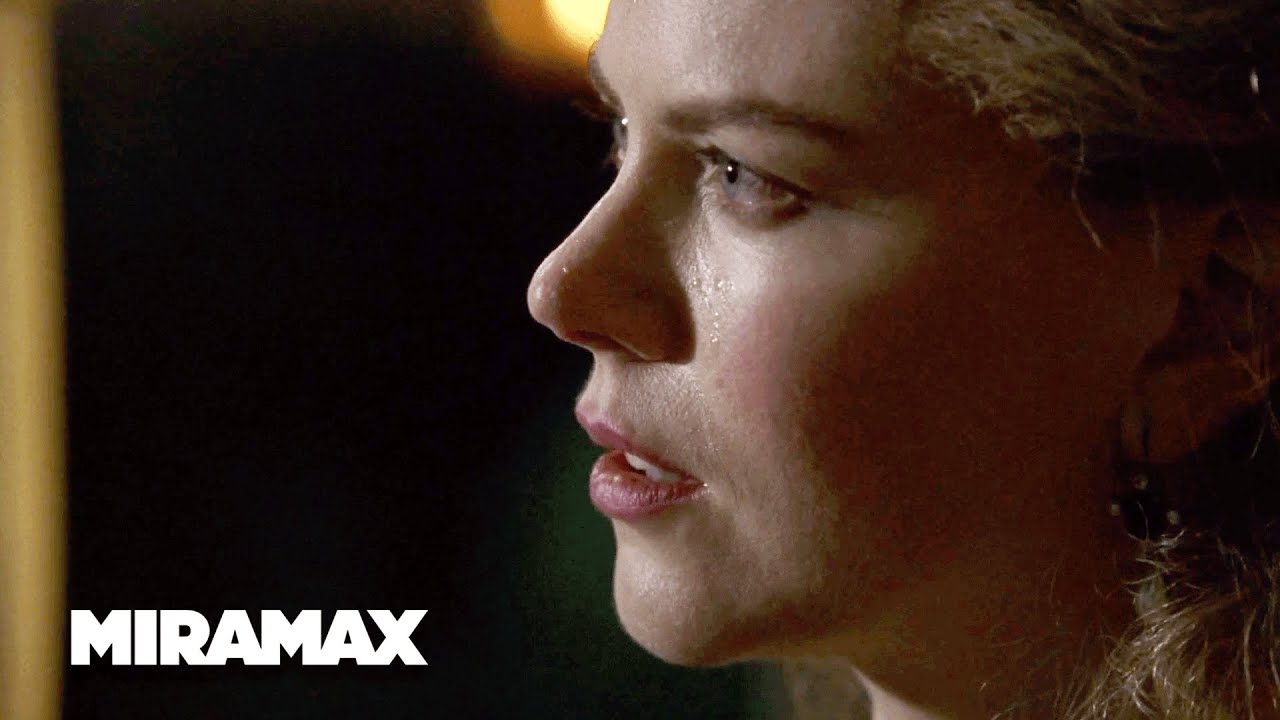 In his own way, Inman makes his feelings for Ada known. In this scene: Ada (Nicole Kidman), Inman (Jude Law) 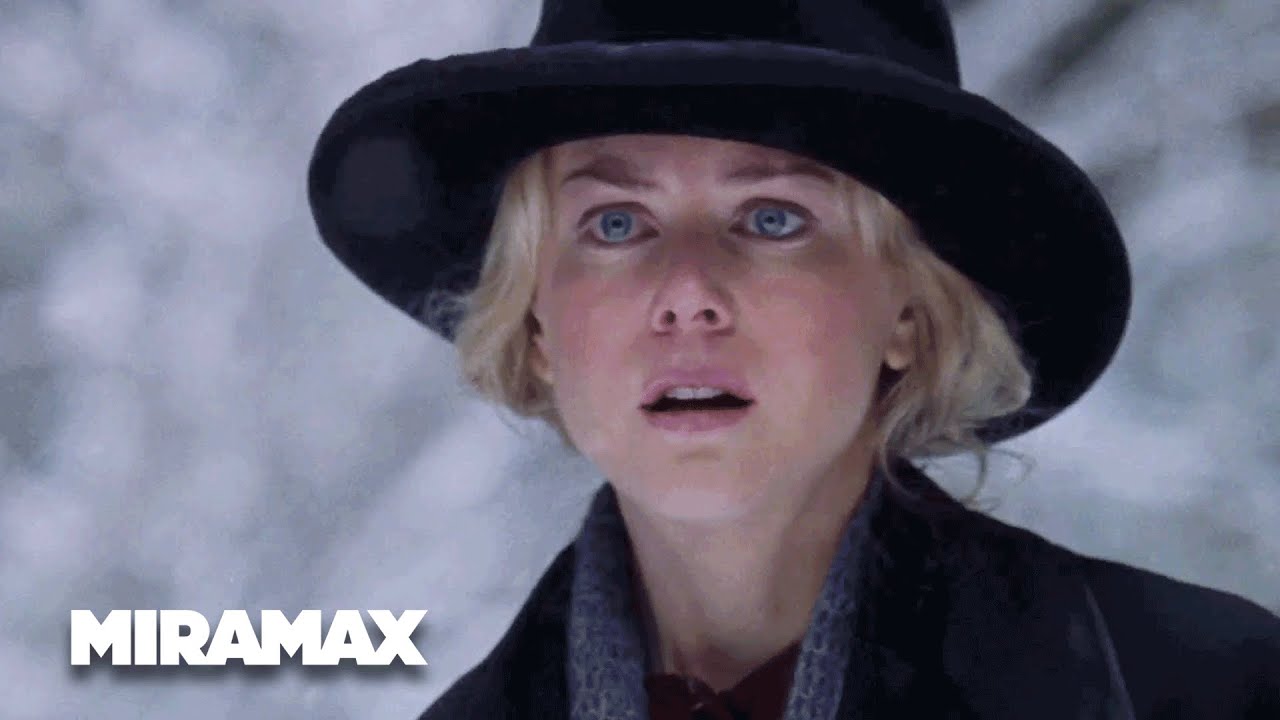 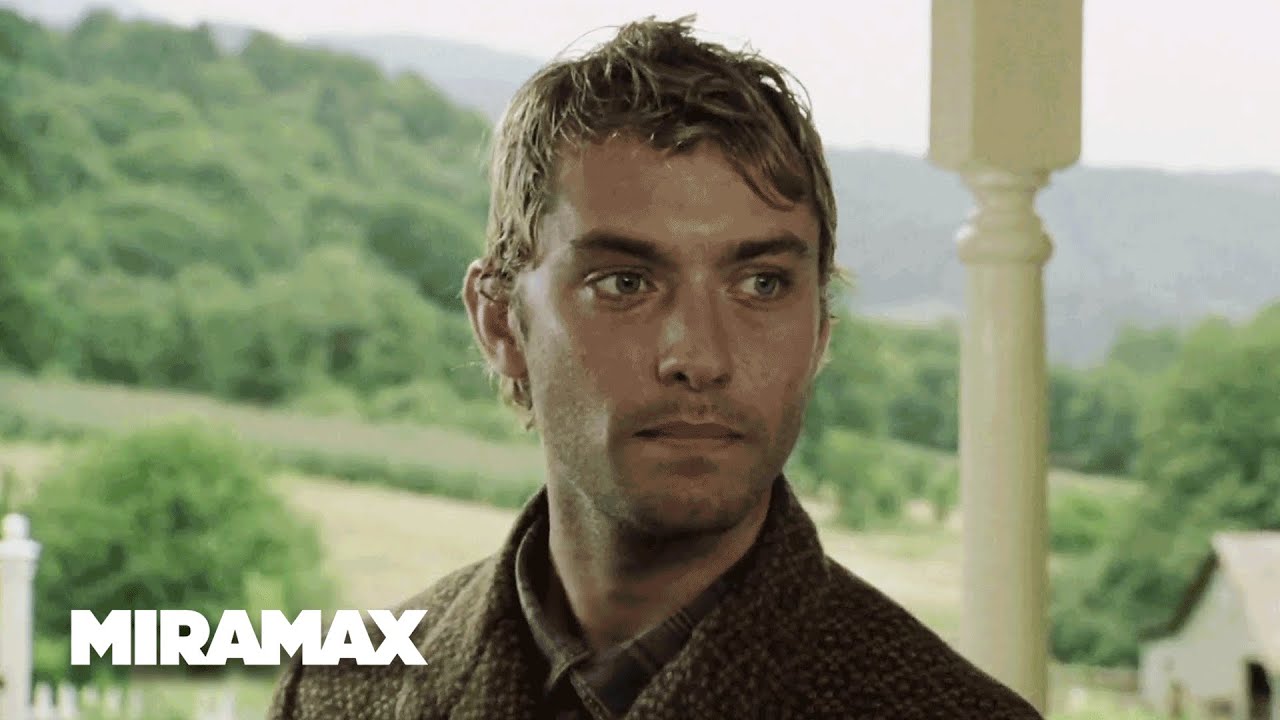 Inman shares a piece of his past, as well as his heart, with Ada. In this scene: Ada (Nicole Kidman), Inman (Jude Law), Reverend Monroe (Donald Sutherland) 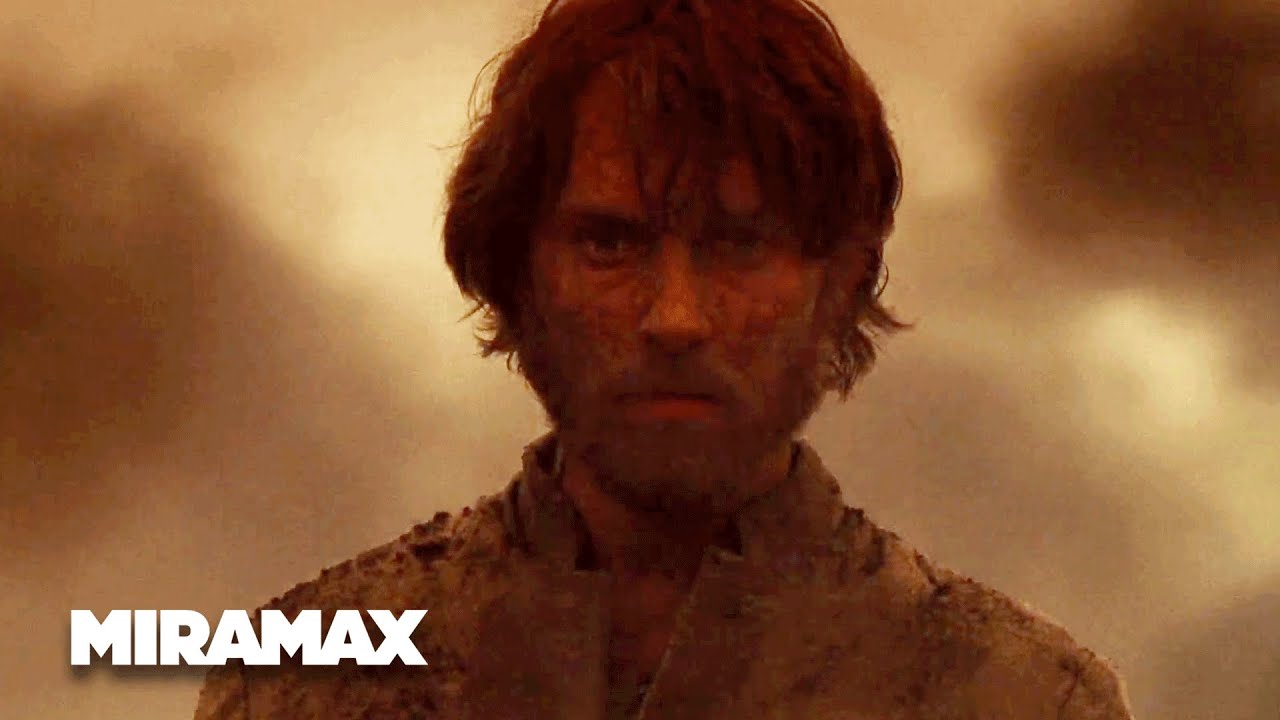 When the Yankee's mistake gives the South an unfair advantage, Inman finds himself facing one of the ugliest sides of war. In this scene: Inman (Jude Law) 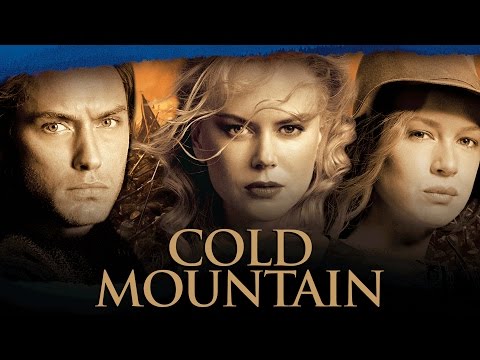 At the dawn of the Civil War, the men of Cold Mountain, North Carolina, rush to join the Confederate army. Ada has vowed to wait for Inman, but as the war drags on and letters go unanswered, she must find the will to survive while desperately struggling to hold onto her family's farm. Inman's long journey home takes him through the crumbling confederacy, as he meets people of all walks of life who both aid and hinder his mission. 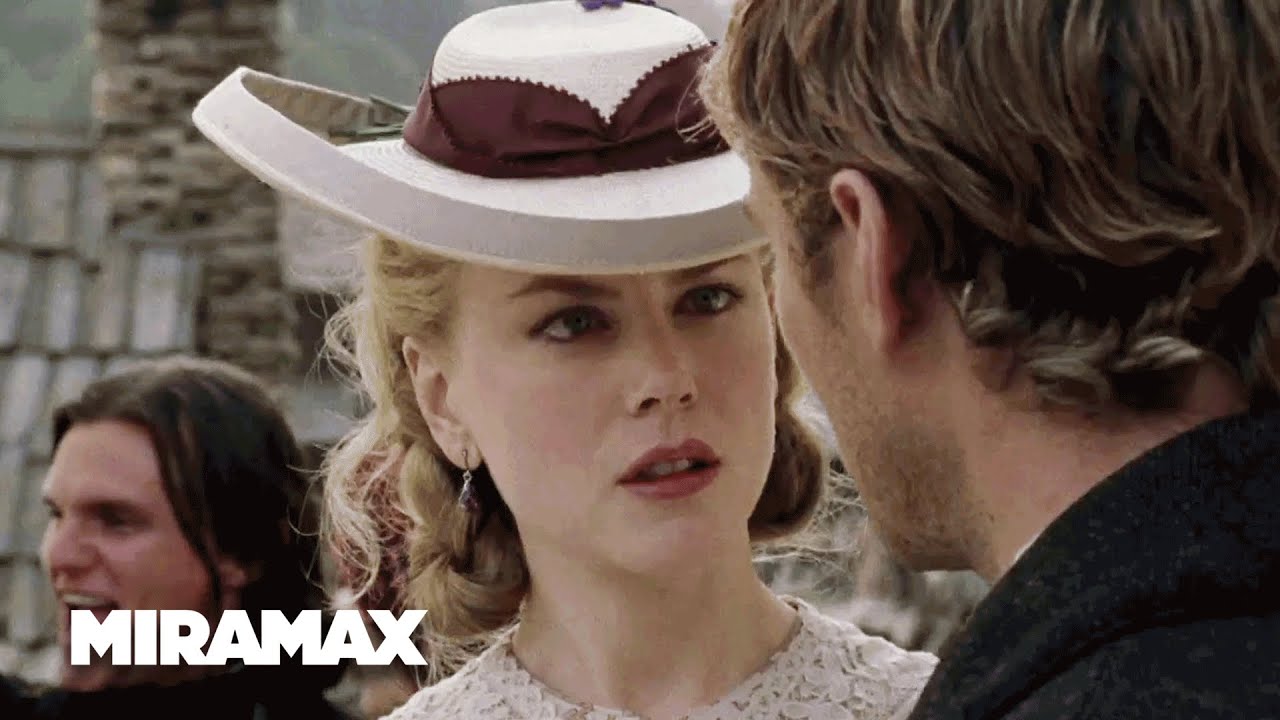 With war looming inevitably, Inman plans to take up arms for the South, even if it upsets the one he loves. In this scene: Ada (Nicole Kidman), Inman (Jude Law) 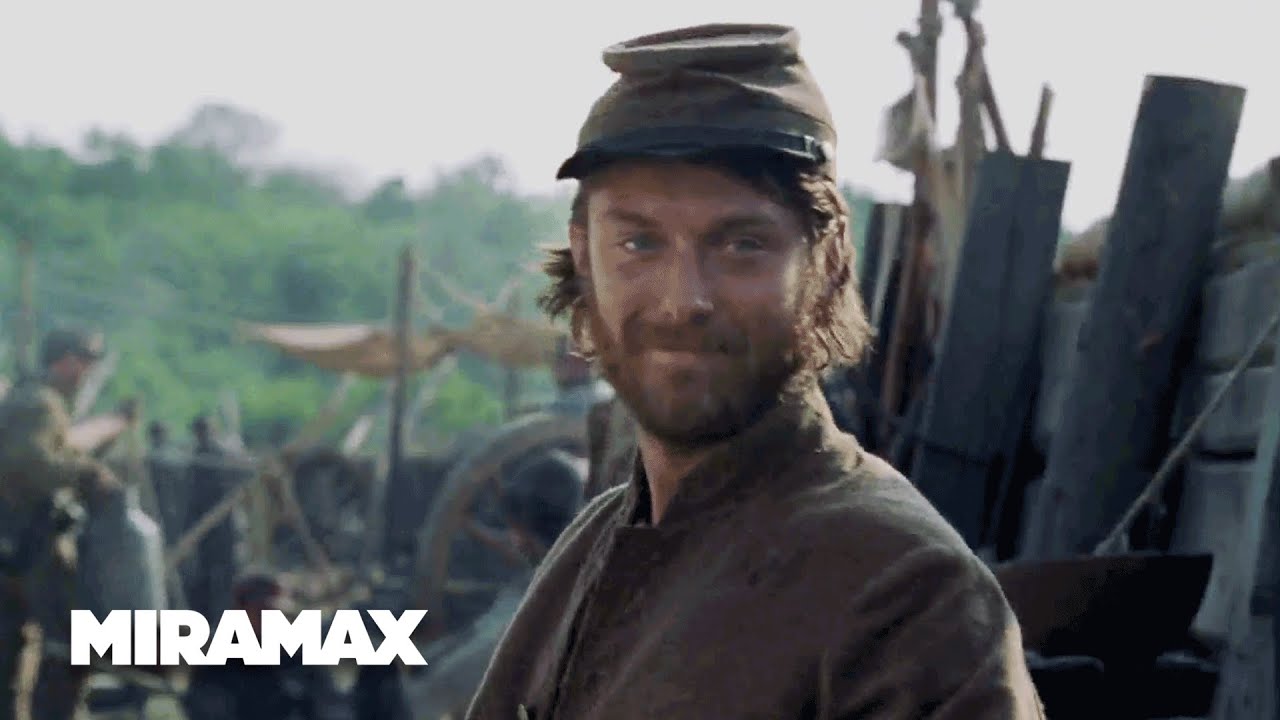 Cold Mountain - Calm Before The Storm

The quiet brings the soliders solace, but danger lurks underground. In this scene: Inman (Jude Law) 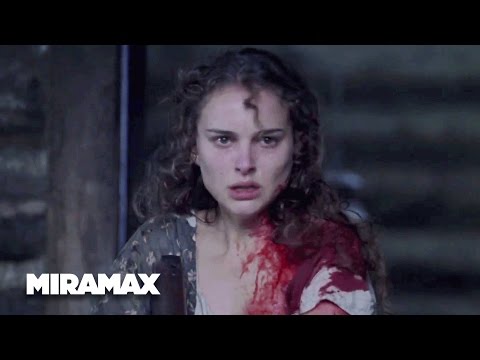 When unwelcomed visitors arrive, Inman fights to keep Sara and her baby out of harm's way. In this scene: Inman (Jude Law), Sara (Natalie Portman) 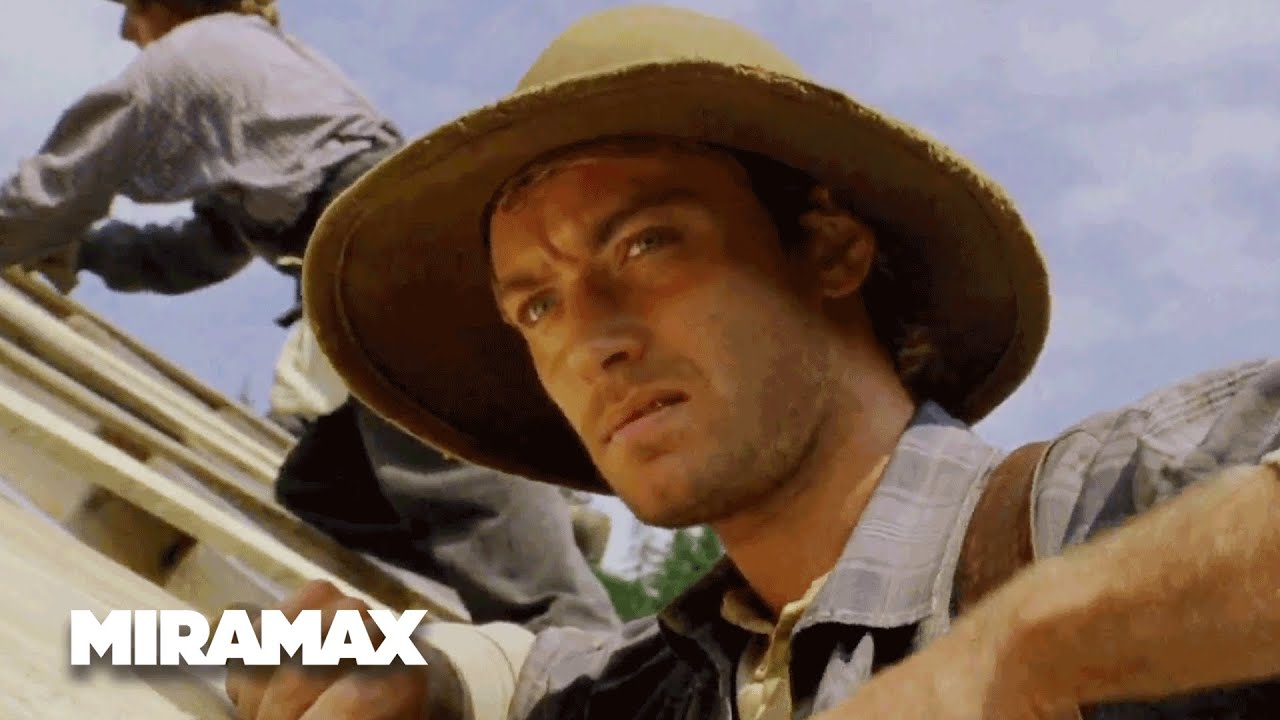 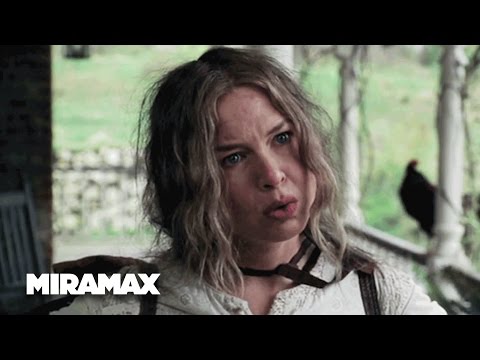 Cold Mountain - Put Him In A Pot

Ruby shows up at Ada's farm ready to work and proves that there is more to her than meets the eye. In this scene: Ada (Nicole Kidman), Ruby (Renee Zellweger)